We are the pioneers of presenting ADTs, oil tankers of 24000,28000,32000,40000 liters limits in Pakistan. We have the biggest Haulier Base in Mahmood Kot for transportation of oil-based commodities from PARCO and JIM CO.

We are the leaders in building up a Haulier Base in Machike (Sheikhupura) when pipe-line was reached out from Mahmoodkot. We presented Satellite Following Framework in oil tankers in Pakistan. We have also presented ADR (European measures for development of unsafe products by street) in Pakistan.

Our company has achieved so many milestones ever since the time of our establishment. This has made our company stood out to be much readily well-known and identified within marketplaces. We have contributed Rs. 100 million and created Universal Standard Haulier Bases in Mahmood Kot (Muzaffar Garh) and Machike (Sheikhupura).

We have won the Status of First "semi Proficient Haulier” in Pakistan by Shell Global. We have undergone with the access of condition agreeable measures, for example, Oil Partition Framework for appropriate transfer of waste, and also tree ranch. 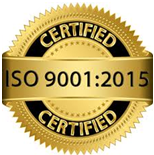